Gerard Bradley
Music has played a big part in Gerard's life. In 2014 he formed the Strabane Chamber Choir; a choir made up of members from Tyrone, Derry and Donegal. The choir has had great success with competitive wins in Derry, Sligo and Navan Choral festivals. They regrouped recently to perform, in Concert at the Alley Theatre Strabane, Dec 2021 after a forced hiatus of almost 2 years due to Covid restrictions. • Previous to his SCC tenure, Gerard was Musical Director of Letterkenny Music Society for 10 consecutive years 2005-2014. He has served as occasional MD or rehearsal pianist for multiple musical productions in the Tyrone, Derry, Donegal area and is currently involved in the production of 3 more including a return to Letterkenny this Autumn. In 1985 he formed a Jazz Quartet in which he plays piano [Jazz Gazette]. The group is still functioning on a regular basis. From the age of 11 until his late 40s he was a member of and occasional conductor for Strabane Concert Brass, representing Ireland on 5 separate occasions in the European Brass Band Championship. _ • Gerard retired last year from his full time job as H.O.D Loreto Grammar Music Dept, Omagh where he served for 31 years. His Senior Choir there had numerous successes including 'Prague international Choral Festival' which they visited regularly and won outright on 3 occasions. The Senior Choir where also winners of Derry Choral Festival and 3 times finalists in the 'UTV choir of the Year' with numerous radio and television appearances. During Loreto years, Gerard organised and staged many large scale choral events which involved both interdenominational groupings in the Omagh area. These included Faure's Requiem, Jenkin's Requiem, Rutter's Gloria and Chilcott's Peace Mass. • The choir appeared on numerous television and radio broadcasts and were special guest on UTV Sing Carols 2004. • Gerard also enjoys playing church organ and has served as organist and Choir Master at St Mary's church Melmount for the past 32 years.

Currently Head of Music, in Lumen Christi in Derry, Mark studied at Kingston University and the Guildhall School of Music and Drama, in London where he played lead trumpet in the Guildhall Jazz Band. He has worked as a soloist with the RTE Concert Orchestra, as a trumpter with Ben E. King for his Dublin concerts, and even with Oasis for part of their "Be Here Now" tour. Mark has worked as MD for the LMDG in the past, too, on shows such as "Seven Brides for Seven Brothers", and "South Pacific ", and was MD for our 2004 production of "Annie Get Your Gun". In addition to all this, he has found time to be MD for a great many shows in his college. 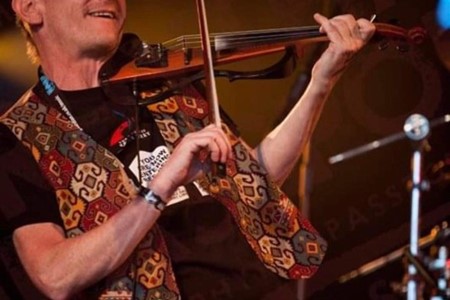 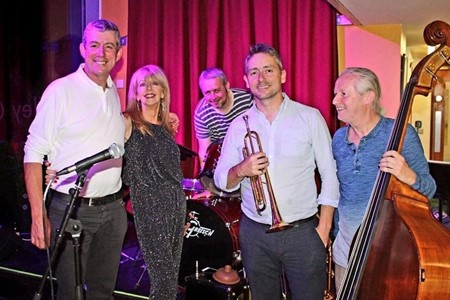